Fire alarm systems are a crucial part of our life when it comes to fire protection. These intelligent systems can save lives as well as mitigating damages to your property. In Canada, there are about 20,000 structural fires that happen every year. Over 12,000 of them are from residential properties. Below are the causes of these fires from highest to lowest:

Cooking equipment is the leading cause of fires in Canada averaging 3,200 per year. Electrical equipment comes after around 2,300 per year. We have more than 100 deaths per year in Canada caused by fire. Canada has a 0.50 death rate per 100,000, which places Canada 149th lowest death rate in the world out of 183 countries. Canada has a higher death rate than Mexico, Colombia, Vietnam, Cuba, and many more (https://www.worldlifeexpectancy.com/).

All new buildings in British Columbia are required to have fire protection systems such as fire alarm system, fire sprinkler system, special suppression system along with fire extinguishers, and emergency lighting systems. The main purpose of fire alarm systems is to save lives by alerting people when a fire is in an early stage. It also mitigates structural damages. A fire alarm system consists of an AC power supply along with battery backup, in case if a fire breaks out when there is a power outage. It has initiating devices such as smoke detectors, heat detectors, carbon monoxide detectors, pull stations, etc.

In conclusion, a fire alarm system is a system consists of initiating and indicating devices to alert people when there is a fire. It can also be considered as a control system that is connected to many other auxiliary devices to save lives, reduce fire damage, and provide many other benefits. Please contact Otis Fire Protection for your installation, inspection, maintenance, and repairs needs. 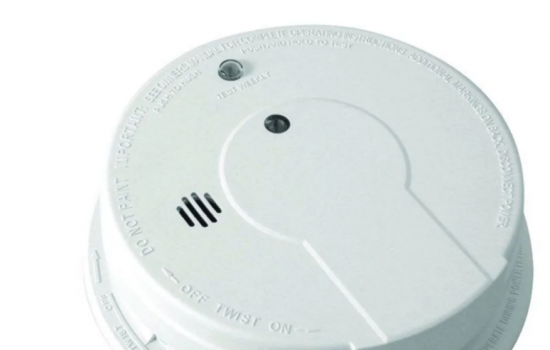